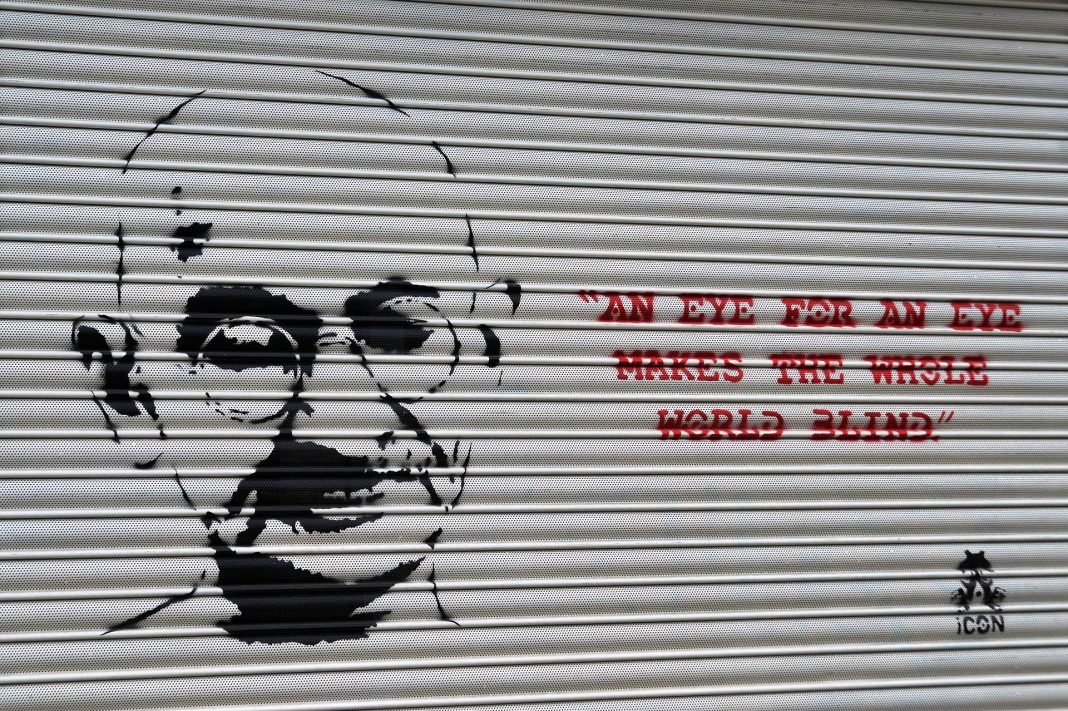 Washington, DC – The US Department of State strongly condemned the disturbing incident of the vandalization of Mahatma Gandhi’s Statue at the Central Park in the City of Davis, California by unknown persons on January 28, 2021. The statue was a gift to the City of Davis by the Government of India in 2016. There were similar incidents last year in front of the Embassy of India in DC.

A State Department spokesperson told IAT in an email response to the question on whether such attempts are aimed at usurping the Gandhi-Martin Luther King Jr legacy, “We condemn this disrespectful act and are working with the relevant authorities and the Embassy of India to rectify the situation.”

It seems no coincidence that the latest incident occurred even as we celebrated MLK Jr’s birthday on Jan 19 and as the Black History Month begins on February 1.

Amidst the call for unity by President Joseph Biden, even as hate rises all around us, continuing incidents of attacks on Gandhi statues are a clear attempt from the hate-mongers to malign the Black and other Civil Rights movements by targeting Gandhi’s legacy. In the process, American policing is becoming a laughing stock for the world as the law enforcement agencies continuously fail to apprehend those responsible for such vandalism.

It may also be noted that over the last few years, there are allegations of a sustained hate campaign being run by the likes of ‘freelance journalist’ Pieter Friedrich, the Progressive Caucus Chair of California Democratic Party Amar Shergill, some of the ‘progressive’ academics in our universities, and groups like the Organization for Minorities of India (OFMI), among others, vehemently targeting Gandhi.

Besides, the (in)famous case of American blogger Cynthia Ritchie, who admitted links with Pakistani security forces, showed that social media is breeding its own band of “propaganda” journalists who can freely pedal conspiracy theories and create one-sided hate narratives on behalf of a myriad of interest groups, without bothering for checking facts, or dispassionately examining complexities of the issues, or bringing out all the facets of the story.

The sustained campaign against Gandhi is one such campaign being carried out on behalf of those who want to dismember the deep and long-standing bonds which inspired Martin Luther King Jr to embark on a pilgrimage visit to India to explore the legacy of his ‘guru’ Gandhi.

With the anti-India narrative being created in the US by these ‘special interests,’ dismantling the legacy of Gandhi becomes a natural priority.