Tejinder Comforted the Afflicted, and Afflicted the Comfortable

New York – Ranju and I were shocked and saddened to our core to learn that dear Tejinder was no more. That he was a firebrand of a journalist is visible from his long public record of service as Editor of the India America Today. He was a John Wayne kind of reporter with true grit.

Tejinder was a throwback to a mold of journalist giants whose personal sense of righteousness was their North Star – well stated by Gene Kelly, as E. K. Hornbeck, in the legendary movie “Inherit the Wind” that the role of a journalist is: “to comfort the afflicted, and afflict the comfortable.”

We join in John Kirby’s observation that Tejinder was a gentleman. His membership in the National Press Club and service thereat helped to keep the First Amendment a robust check on power, exactly as our exceptional Founders bequeath to each of us with Ben Franklin’s warning: “It’s a republic madam, if you can keep it.” Tejinder’s life was well spent in keeping our Republic robust and vibrant, willing to look at ourselves honestly and always with the desire to help “form a more perfect union.”

I can cite many examples when things might trouble Tejinder and he would call me – and I would act to remedy the problem. Perhaps, just two examples of last year when I and my family were suffering from Covid19 and I was at death’s door. Two events around that time bothered Tejinder: worshippers in a Gurudwara in Kabul being slaughtered by ISIS, and soon thereafter, the killers of Daniel Pearl were released in Pakistan.

As for Kabul, aware of the global heartburn after Christchurch slaughter of innocents worshipping at two Mosques and the billionaire’s family becoming suicide bombers in Sri Lanka to blow up holy Easter, I felt there needed to be a stronger response – as this was an attack by a well recognized terror organization rather than a demented individual facebooking his New Zealand slaughter. So, I wrote an open letter to President Trump asking for a strong response worthy of terror-eradication. Sikhs are as valuable as Muslims. But as to Daniel Pearl, I knew that the State Department had prior notice and had objected, and still the killers (who had video-taped the ghastly killing as Daniel was Jewish) were released. I then reached out to my friend in London, who is the number one supporter of Imran Khan and wishes Pakistan to live up to its glorious name selected by the lawyer-gentleman Mohammed Ali Jinnah. Over a twenty minutes conversation I argued that this was an abomination of Justice and the destruction of Pakistan’s global standing, and asked him to convince PM Khan to take an appeal – which would cause a re-arrest – but also man the appeal team with lawyers capable of winning a case with clear video-evidence of guilt. My final argument was after the Holocaust, we are all Jewish.

I’m delighted to say that Imran Khan filed an appeal and the Killers were re-arrested. The subsequent incomprehensible acquittal by Pakistan’s Supreme Court left us only with an extradition option – and since this was now an inter-governmental decision, I told Tejinder I will only re-engage if Secretary Blinken asked. I share this as a tribute to Tejinder – for it was his being upset by these two events that real justice was sought and in fact enhanced.

Let me end with Tejinder’s role in Ranju’s then “walking in the desert” during her seven year journey single-mindedly seeking a Diwali Stamp pre-2016 success. During the dry spell, while Ranju hadn’t given up ever, media support became a lifeline to keep the Stamp Dream alive. Tejinder was moved by Ranju’s respectful inclusiveness – as she is much nicer than I – and he wrote many a story about her Diwali Stamp Project. When the USPS dedicated the Forever Diwali Stamp, no one was more happy and more proud than him. He even came up to the United Nations when 24 countries honored Ranju and her journey that resulted in a legally immortal stamp.

So, yes, Tejinder comforted the afflicted, and afflicted the comfortable.

I will miss my friend, and his random calls. Sometimes it was to shoot the breeze; sometimes he was seeking to cause a moral or justice-laden result. As a fitting tribute, Tejinder knew that Thomas Becket and Edmund Burke are embedded in my core. Tejinder was often a personification of Edmund’s moral mandate: All that’s necessary for evil to triumph is for some good men (gender neutral) to do nothing.”

We will miss his good deeds, his sharing in friendship of human trials and tribulations, and his always reaching for social and political justice, using journalism’s sunshine disinfectant as the pull or push for change. 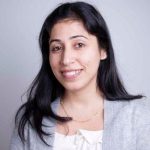