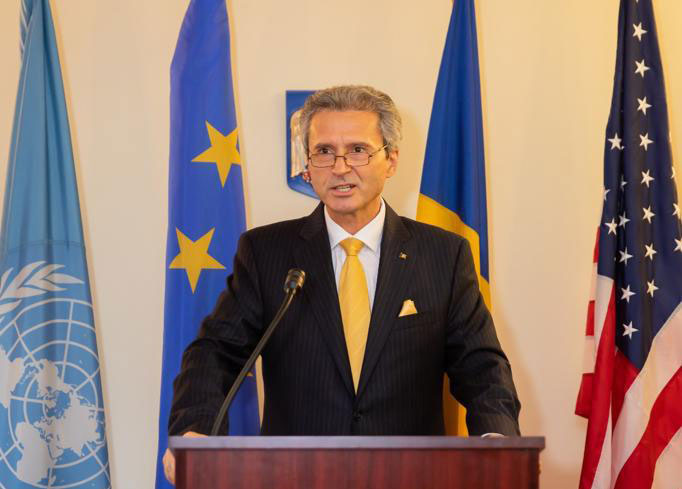 (Publisher’s Note: The America Times received this Op-Ed on October 24, 2022. A snafu delayed it publication.)

In his 1992 book “The End of History and the Last Man”, American political scientist Francis Fukuyama predicted “the end of history” as the end-point of mankind ideological evolution. Ten years later, in “Our Posthuman Future: Consequences of Biotechnology Revolution”, he admitted that his thesis was incomplete because “there can be no end of history without an end of modern natural science and technology” and argues that, as a result of the progress of science, the future of humanity itself could be altered beyond recognition.

Developments on the world stage seem to prove him right not only ideologically (in 2022 Mr. Fukuyama published an update to his theory – “More Proof That This Really is the End of History”). His prediction that humanity’s control over the evolution may have profound consequences on its own future is also validated by what Bill Gates considers to be “the hardest challenge people had ever faced: avoiding the climate disaster” (“The state of the energy transition” – 18 October 2022).

As Chair of the UN Peacebuilding Commission (PBC) in 2018, I had the chance to witness climate change consequences in the Lake Chad basin. Once one of Africa’s largest lakes, it has shrunk by 90% due to reduction of precipitations induced by climate change and the increasing human demand for freshwater. Together with UN officials, I walked through the newly formed desert where not long ago it was an oasis of life which offered water, food, jobs and a future to millions of people, but is now a space prone to poverty, instability and conflict.

Recently, the subject was introduced on the Security Council agenda – on 12 October 2022, Linda Thomas-Greenfield, the US Permanent Representative to the UN, told the Security Council: “Every time I return to Africa, I am struck by how much the environment and the climate change has transformed. It’s hotter, the weather has become more extreme. And we all wonder when Lake Chad will be no more. Africa is home to 17 of the world’s 20 most climate-vulnerable countries. Climate and security are connected and must be at the top of this council’s agenda.”

Climate crisis is no longer an abstract notion. In the last couple of years it generated devastating consequences worldwide. It is increasingly exposing and exacerbating inequalities, as the most vulnerable groups to climate change are the least resilient to its economic impacts. National governments have particular responsibilities in climate negotiations, but they cannot solve the problem alone. A key role belongs to local communities – towns’ responses to the climate crisis are particularly critical, as over 50% of the world population lives in urban areas, and the number is expected to rise to 70% by 2050. In India, for instance, the village of Modhera is 24/7 solar-powered.

The role of Public Development Banks is also fundamental, as they manage $ 23 trillion assets globally and can channel financial flows to support the climate action. It is the message UN Secretary-General Antonio Guterres sent to the annual meeting of the World Bank in October 2022: “Multilateral development banks can make or break the transition to renewable energy. To stop climate chaos from causing enormous human suffering and decimating the global economy, we must bend the emissions curve down, now”. An example is the Council of Europe Development Bank, which joined the process of aligning its activities with the goals of the Paris Agreement, focusing on the “people – planet – prosperity equation”.

An inflexion point in making climate action the top global priority can be the 27th Conference  of the Parties to the United Nations Framework Convention on Climate Change (COP27), which will take place in Sharm El-Sheikh, Egypt, from 6-18 November 2022.

In order to find areas of convergence on the key issues, climate representatives from more than 40 countries gathered recently in Kinshasa, Democratic Republic of Congo, in a pre-COP27 meeting, where UN Deputy Secretary-General Amina Mohammed warned environment ministers that the window of opportunity to avert the worst impacts of the climate crisis is closing, and called for a clear roadmap to start dispensing the funds pledged last year at the COP26 in Glasgow for climate adaptation. She also urged more support on ensuring global coverage of early warning systems within the next five years (in Africa, six out of every ten persons lack access to early warning systems – the basic tool to save lives and protect livelihoods).

COP27 agenda includes four main items: climate finance, adaptation, loss and damage, and increased ambition. On climate finance, there is a need to ensure that developed countries will fulfill their commitments, as the target to mobilize $ 100 billion in climate finance per year has never been met (in October 2022, the EU reaffirmed its commitment to the $ 100 billion target by 2025). On adaptation, COP27 is considered to be an “African COP”, as it takes place on a continent most affected by climate change (80% of the overall climate finance is dedicated to mitigation and only 20% goes to adaptation – mitigation projects are bankable, with return on investment potential; adaptation projects are less investible by nature and less appealing to banks).

Loss and damage has become a contentious issue, as it includes damages to resources, goods and services such as agriculture, infrastructure and tourism, but also non-economic losses, such as disappearance of culture, of ways of living, and migration due to climate change. The fourth item on the COP27 agenda is increasing ambition, as pledges made in the 2015 Paris Agreement to limit the global warming to 1.5 Celsius degrees are to the point to become untenable (scientists have now warned that the planet is on a pathway to more than 3 Celsius degrees).

Due to the climate crisis, one million of the planet’s estimated 8 million plant and animal species are at risk of extinction. We now have the highest quantity of greenhouse gas emission in the atmosphere in the last million years. Around the world, natural resources are overexploited, at a massive cost to the environment. The world is losing 10 million hectares of forests every year (the size of Iceland). Deforestation affects fresh water resources, reduces forests capacity to store carbon and amplifies natural disasters. Air pollution causes some 6.5 million premature death s every year.

This reality was recognized by the United Nations General Assembly, which on 28 July 2022 adopted by unanimity a historic resolution affirming that a clean, healthy and sustainable environment is a human right (Resolution 76/300). We live in a “global village” where no country is immune to pollution, environmental degradation and biodiversity loss. But human-induced problems have human-induced solutions. The time has come for us to act, to remedy the damage we have done to our planet.

As the UN Secretary-General remarked: “We must end the senseless and suicidal war against nature. While climate chaos gallops ahead, climate action has stalled. We are in a life or death struggle for our own safety today and our survival tomorrow, which requires a quantum level compromise between developed and emerging economies”.

Francis Fukuyama noted that “Liberal democracy will not make comeback unless people are willing to struggle on its behalf”. This is also valid in respect to tackling the current triple planetary emergency: climate disruption, biodiversity loss and pollution. World leaders will gather in COP27 to discuss some of the most pressing issues of climate change. The moment may prove crucial for the process of reversing the climate crisis and avoiding the end of mankind history.

Note: The opinions expressed in this article do not bind the official position of the author.

This author does not have any more posts.

Share
Facebook
Twitter
Pinterest
WhatsApp
Previous articleSpeech by President of European Council Charles Michel at the Summit of the Accra Initiative conference in Accra, Ghana
Next articleRemarks by Csaba Kőrösi, President of the 77th session of the General Assembly, at the Special meeting in observance of the International Day of Solidarity with the Palestinian People