Our republic – America – is in trouble and our precious peaceful transfer of power is at-risk; our divisions more brittle; and January 6th Insurrection Hearings surpassed by Mar-a-Lago.

We, the United States of America, have crossed the Rubicon, and truly “no one is above the law”  with the F.B.I.’s effectuating on August 8, 2022 a federal search warrant issued by Hon. Bruce Reinhart, a Federal Magistrate Judge – with a history of being concerned about public integrity and well respected in the Palm Beach community.

This First – raiding a former President’s home – is nevertheless troubling as even Richard Nixon was not raided, and his undeniable criminality was recorded on tape. Now, we are at a tension between two competing American Ideals: “no one is above the law” and “peaceful transfer of power.” The problem is that the former is a “means,” and the latter the “goal”; and we are witnessing the means destroy the goal.

The raid on Mar-a-Lago fully and honestly honors the “means,” no one is above the law; but in so doing, it also does more violence to our republic surviving – as Ben Franklin warned so many years ago in Philadelphia in 1787 – than the Insurrection on January 6th, as that was personal and merely people misled to a cause by an enchanting and charming president Trump, while this has the institutional force of law. That Merrick Garland is an honest man, with integrity intact, and a distinguished jurist gracing the role of Attorney General of these United States, and hence, both America’s lawyer and the Constitution’s lawyer is of no moment.

Mar-a-Lago has unleashed for future generations a new problem that will one day consume and destroy the most important goal of American Exceptionalism: Peaceful Transfer of Power. Now, every POTUS who does wrong, like a murderer who has murdered, will do more wrongs as they are “free,” and here, to avoid criminal prosecution, that criminal-POTUS will seek to destroy our cherished singular goal of peaceful transfer of power. Trump tried after losing the 2020 election. That Hunter Biden’s “activities” were suppressed by MSM in support of Joe Biden’s then-candidacy is wrong, but not excuse for January 6th.

On August 6th, just two days before the Mar-a-Lago Raid, I wrote an introductory editorial note to Belarus D.F.M. H. E. Yury Ambrazevich‘s Op-Ed. Its worth repeating here, as now its inward-looking for our fellow Americans: “After the Magna Carta was wrestled from King John in 1215 at Runnymede, limiting the absolute power of a sovereign, the next and last great leap forward was – our Declaration of Independence in 1776, where individuals claimed certain inalienable rights to both freedom and to self-govern, and soon thereafter in 1787, our Constitution which memorialized our distrust of government’s power by separating it into three co-equal parts, and then for good measure, granted individuals the Bill of Rights that the split-powered government could not take away; American Exceptionalism. So, from the Greek’s “Order is beauty, and Beauty is order,” i.e. Order first, the noble American contribution is: we need Order, but absent God, who we trust, it’s power in human beings’ hands we don’t, so we separate it, and then block it with our Bill of Rights.”

Lincoln at Gettysburg – but not every POTUS is Lincoln. “We the people” must not forget that our Government is “for” the people, and not the politicians. Abraham Lincoln promised us that at Gettysburg – but not every president honors that. My Revolutionary hero, Thomas Jefferson gave us the key: Eternal Vigilance. He didn’t say it, but I will: vigilance by the people of our government, not just the other way around. We the People are missing in action and MSM, always a resident outside the palace walls with an invitational pass to visit, when invited in, has too often dishonored its obligations by being unfaithful to Truth, without fear or favor.

Good afternoon. Since I became Attorney General, I have made clear that the Department of Justice will speak through its court filings and its work.

Just now, the Justice Department has filed a motion in the Southern District of Florida to unseal a search warrant and property receipt relating to a court-approved search that the FBI conducted earlier this week.

Copies of both the warrant and the FBI property receipt were provided on the day of the search to the former President’s counsel, who was on site during the search.

The search warrant was authorized by a federal court upon the required finding of probable cause.

The “property receipt” is a document that federal law requires law enforcement agents to leave with the property owner.

The Department filed the motion to make public the warrant and receipt in light of the former President’s public confirmation of the search, the surrounding circumstances, and the substantial public interest in this matter.

Faithful adherence to the rule of law is the bedrock principle of the Justice Department and of our democracy.

Upholding the rule of law means applying the law evenly, without fear or favor. Under my watch, that is precisely what the Justice Department is doing.

All Americans are entitled to the evenhanded application of the law, to due process of the law, and to the presumption of innocence.

Much of our work is by necessity conducted out of the public eye. We do that to protect the constitutional rights of all Americans and to protect the integrity of our investigations.

Federal law, longstanding Department rules, and our ethical obligations prevent me from providing further details as to the basis of the search at this time. There are, however, certain points I want you to know.

First, I personally approved the decision to seek a search warrant in this matter.

Second, the Department does not take such a decision lightly. Where possible, it is standard practice to seek less intrusive means as an alternative to a search, and to narrowly scope any search that is undertaken.

Third, let me address recent unfounded attacks on the professionalism of the FBI and Justice Department agents and prosecutors. I will not stand by silently when their integrity is unfairly attacked.

The men and women of the FBI and the Justice Department are dedicated, patriotic public servants.

Every day, they protect the American people from violent crime, terrorism, and other threats to their safety, while safeguarding our civil rights. They do so at great personal sacrifice and risk to themselves.

I am honored to work alongside them. 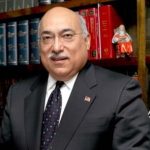 Remarks by President Biden on Continued Support for Ukraine

Attorney General Merrick B. Garland Delivers Remarks on the Appointment of a Special Counsel